Heard that you can take an American Airlines flight without paying up front? It’s true, but before you jet off, do your due diligence.

If someone told you you could get on a flight to Puerto Rico tomorrow and not worry about paying for your tickets until you came back home, you’d probably think it sounded like an irresistible deal. Well, programs like American AirlinesFly Now Pay Later have emerged to provide exactly that. But you may be wondering whether there’s some kind of catch.

Delaying payment sounds tempting, but given that you’ll have to cough up the cash eventually, you may want to proceed with caution. We’ll run through everything you need to know before agreeing to fly now pay later with American Airlines, including the main pros and cons.

What is fly now pay later?

Before we focus on American Airlines, let’s zoom out.

Fly now pay later is a variant of buy now pay later, a point-of-sale loan that allows you to use a payment plan to cover a purchase instead of buying something up front. Most providers give you a schedule of regular installment payments that fall within an interest-free period. When this period ends you’ll face interest charges or penalties if you haven’t paid back the loan.

Klarna and Afterpay are two of the biggest providers and partner with many retailers to offer more affordable and flexible payment methods. In fact, 50% of people in the U.S. have used these services.

Initially, buy now pay later focused on consumer goods like computers and phones, but it’s since trickled down to many other areas — including travel. Considering that people are more eager than ever to travel in 2022 and that flight costs can be exorbitant, it was a natural union. Buy now pay later hotels are growing, and payment plans are becoming more normal for flights, including using the Afterpay payment program for flights.

The name “Fly Now Pay Later” belongs to a British company that partners with various airlines, including Virgin Atlantic and Turkish Airlines, to help customers with the costs of their flights. It doesn’t partner with American Airlines, but solutions have since emerged to offer alternative fly now pay later plans. 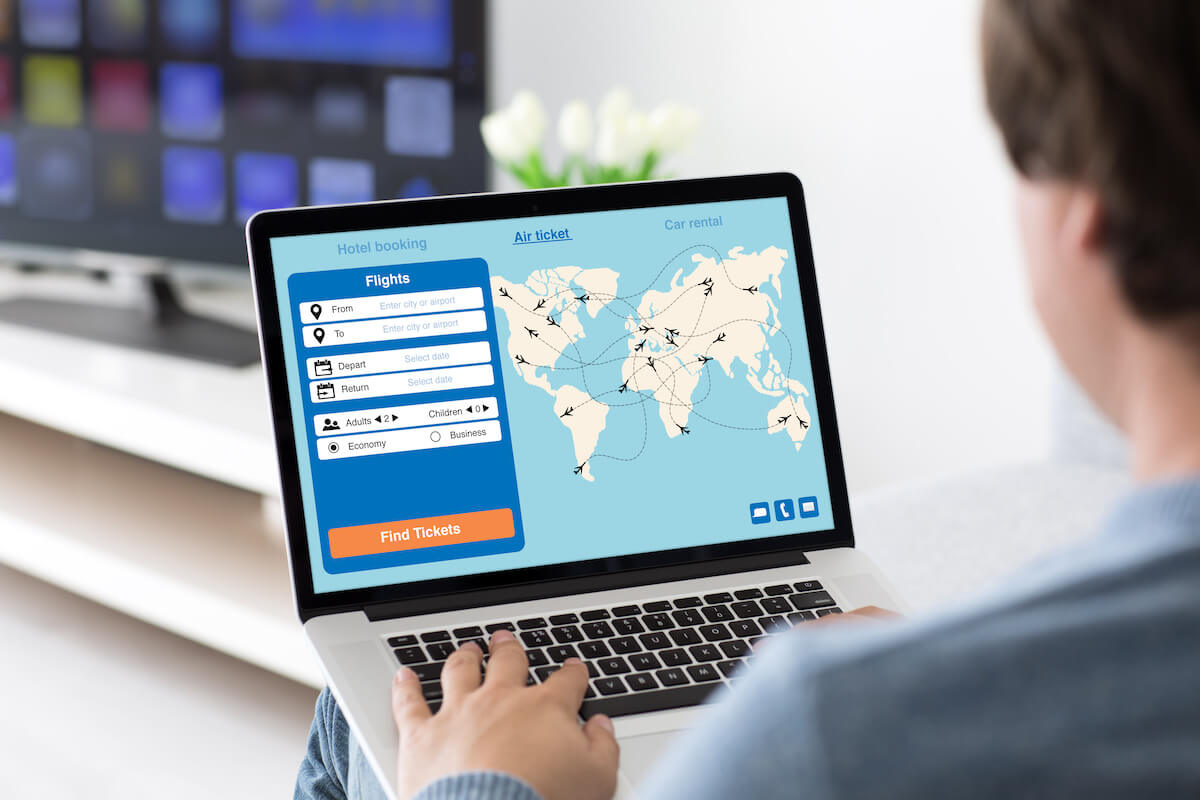 However, it works somewhat differently from the initiatives outlined previously because there’s no fixed payment plan. You could make small payments each week until the end of the six-month period, pay the full amount in the fifth month or anything in between.

You’ll find out instantly if you’ve been approved for the card online. With your card details, you can book your flight on the American Airlines app, aa.com website or at an airport kiosk.

According to American Airlines, eligibility for the Fly Nowpayment plan is as follows: “You must meet our credit qualification criteria. Your credit limit will be determined by the income you provided and a review of your debt, including the debt listed on your credit report. You’ll be informed of the amount of your credit limit when you receive your card.”

It doesn’t offer precise guidelines about the “credit qualification criteria,” but you may need a good credit score to boost your chances of approval.

There are also other terms and conditions; for instance, you must be a U.S. resident and can’t combine fly now pay later with other promotions.

Other ways to fly now pay later with American Airlines

If you don’t like the idea of another credit card or you’re worried you won’t be eligible, you can also fly now pay later with American Airlines using other providers.

American Airlines has a partnership with Affirm, another major buy now pay later lender. You can use Affirm for flights of $50 or more and split the total cost into monthly payments. You won’t be charged interest as long as you stick to your payments.

Zip (previously Quadpay) also allows you to fly now pay later with American Airlines. Like Affirm, it offers a 0% interest payment schedule, but it works a little differently; you’ll need to use an app to generate a one-time virtual card that you can use with any retailer that accepts Visa.

However, rather than trying to find alternative ways to fly now pay later, you may want to ask yourself if it’s even the right route for you. 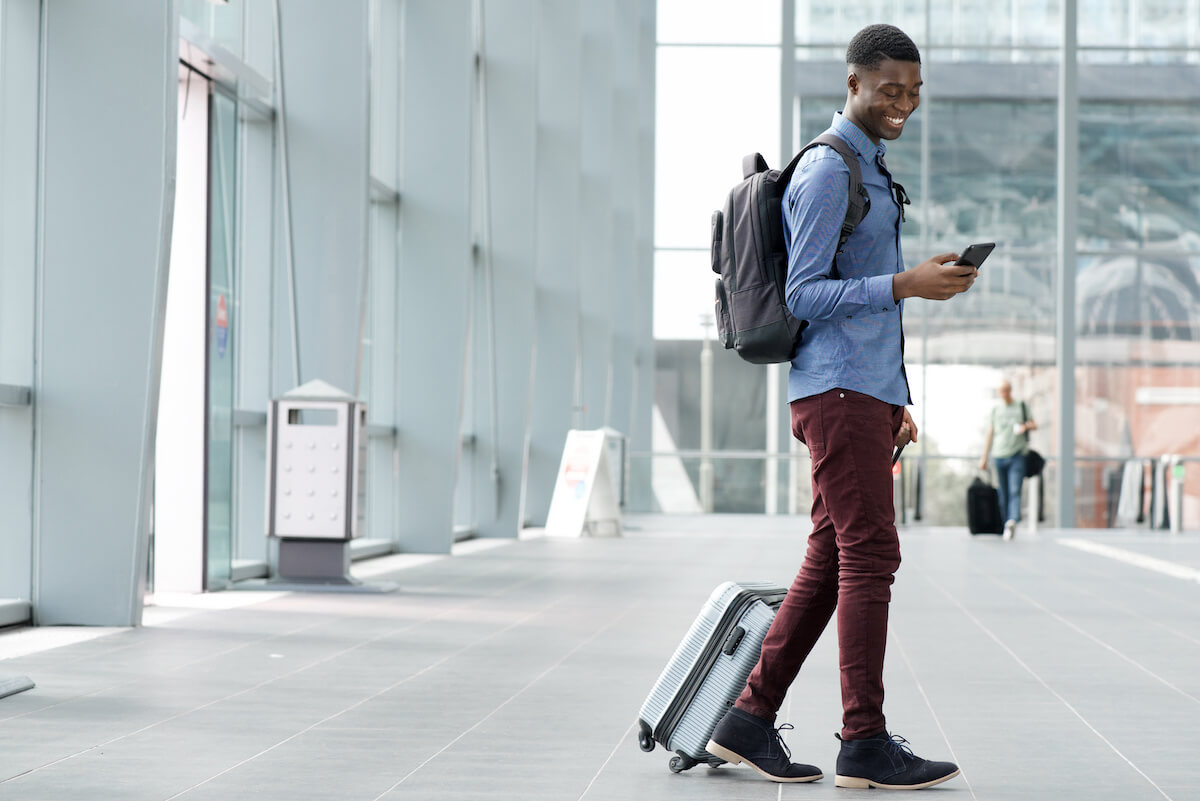 If something sounds too good to be true, it probably is, and that might just be the case when it comes to American Airlines fly now pay later. Let’s look at some of the pros and cons.

Fly now pay later is certainly more flexible than traditional payment options since it allows you to break up the cost of an expensive flight into more manageable chunks. The 0% interest period might not last forever, but unlike credit cards, you won’t get hit with a high APR immediately.

In theory, you could use fly now pay later as a tool to secure a good deal, then pay gradually through monthly installments. As long as you budget effectively, this can be more cost-effective.

Besides, flights aren’t always a luxury. You may have to fly to attend an important family event like a funeral or wedding and need a quick solution.

If you use the Fly Nowpayment plan with an American Airlines credit card, you’ll be charged interest if you fail to pay off your balance within six months. The card has an interest rate of 28.24% plus a minimum interest charge of $2 (meaning you’ll have to pay $2 even if you technically owe less interest than that). There are also late fees of up to $40 if you don’t pay your bill on time. This means the American Airlines card has drawbacks similar to other credit cards.

As for third parties, Affirm charges an APR of up to 36% after the 0% interest period ends, although there are no late fees. Zip has a standard annual interest rate of 21.9%.

In other words, if budgeting doesn’t go as planned or you face unforeseen expenses that stop you from paying off your balance before the end of the interest-free period, you could be stuck with a much higher balance.

Plus, flight delays and cancellations are common. If American Airlines cancels your flight, it won’t immediately filter through to the payment provider, so it can take longer to receive a refund — potentially leaving you to pay out of pocket for another flight. There’s greater risk going through a third party like Affirm than using the American Airlines’ credit card.

The emergence of buy now pay later has been an exciting development for the travel industry, and it can be a useful tool for covering emergency flights or managing your cash flow if you’re sure you’re coming into money soon. However, for the most part, taking out a loan to pay for a flight isn’t worth the risk.

Whether you’ve accumulated credit card debt from a fly now pay later program or other expenses, check out the Tally†credit card repayment app. Tally helps you pay down higher-interest credit card balances with a lower-interest line of credit and automates your payments.