Black Friday 2018: The season of spending

Tally survey finds Americans prefer online shopping over brick and mortar. Holiday shopping trends in 2018 are expected to continue evolving alongside consumers’ increased access to technology and the experience that technology affords […]

Holiday shopping trends in 2018 are expected to continue evolving alongside consumers’ increased access to technology and the experience that technology affords.

Dedicated shoppers will still line up — and even camp out overnight — for a chance at a significant in-store deal, but an overall shift in thinking indicates that many consumers now prefer shopping online rather than in person. The shift away from in-store shopping brings with it a change in both consumer behavior and consumer experience.

Tally conducted a national survey of more than 1,500 people to learn more about spending habits related to Black Friday and Cyber Monday. Here are the key insights from the survey:

Sixty percent of Americans said they intend to shop in stores or online during the Black Friday weekend, which also includes Small Business Saturday and Cyber Monday.

The average shopper will also spend an estimated $200 during Black Friday weekend.

That may not come as a surprise, as the days following Thanksgiving are the single-greatest spending period of the year for retailers. In 2017, Black Friday alone accounted for $5 billion in consumer spending.

What is surprising, however, is that 70 percent of Americans say they have not saved money to spend during Black Friday weekend. 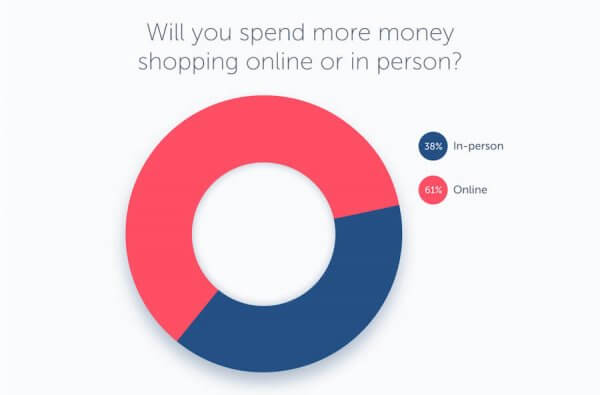 Beat the crowds from your couch: Most American shoppers prefer to do their holiday shopping online.

A majority of American shoppers would rather spend their money online, rather than in person.

Sixty-one percent of those surveyed said they prefer to shop online, while 38 percent prefer to visit stores.

[caption id="attachment_1197" align="aligncenter" width="465"] More than one third of American shoppers said they expect to spend the most money on Black Friday.[/caption]

Despite the fact that it’s stretched into a five-day shopping extravaganza, Black Friday remains the top consumer-spending holiday.

Thirty-five percent of Americans predicted they would spend the most money on Black Friday, while Small Business Saturday and Cyber Monday accounted for 24 percent and 23 percent of their spending, respectively.

Black Friday is typically associated with in-person shopping, while Cyber Monday is the online shopping holiday. 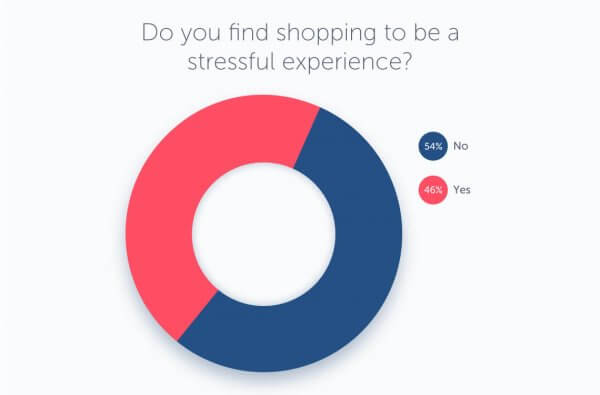 Get in the holiday spirit: Nearly half of American consumers think shopping during the holidays is a stressful experience. (Maybe that's why online shopping grows in popularity every year.)

Holiday cheer isn’t for everyone

The holiday season is often depicted as a warm, charitable time of year, but the financial implications of big spending can weigh heavy on many people.

Nearly half of Americans said they find Black Friday shopping to be a stressful experience. 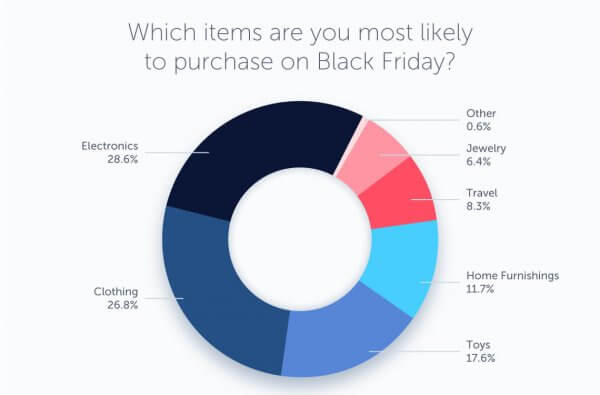 Decisions, decisions: Electronics and clothing account for more than half of Americans' projected purchases during Black Friday.

Electronics and clothes among top-sellers

Black Friday shoppers said they are most likely to purchase electronics and clothing during the Black Friday weekend.

Electronics were the top preference, accounting for 28 percent of shoppers’ top selection, while 26 percent said they are most likely to buy clothes.