Fly Now Pay Later Reviews — Is It Worth the Hype?

Fly Now Pay Later can finance the vacation of your dreams — but it’ll cost you.

More people want to see the world; in fact, travel spending hit a high of $105 billion in June of 2022. Although many travelers are satisfying their wanderlust, 44% of people who chose not to travel said finances had a lot to do with their decision to stay home.

Travel is expensive. The daily cost for a vacation ranges from $83 to $633 per person. Even a modest one-week vacation costs $1,163 for a couple. But instead of forgoing travel, some people look for alternative ways to pay for their trips: affordable installment plans. Fly Now Pay Later (FNPL) is a popular option that allows travelers to spread out the cost of a dream vacation.

In addition to explaining more about what FNPL is and how it works, we’ll take a look at Fly Now Pay Later reviews and sum up the benefits and risks of the service to help you decide if it’s the right option for you.

What is Fly Now Pay Later?

The average cost of a flight ranges from $275 to $735. Since 58% of U.S. adults worry about having enough money in their emergency fund, it isn’t always realistic to pay cash for travel.

To afford travel, some people turn to buy now pay later services like:

These options are so popular that airlines like United partner with them natively through their online booking portals.

Point-of-sale loans from Fly Now Pay Later charge interest that increases the loan balance over time, but this service allows travelers to spread the expenses of travel across several months.

To use Fly Now Pay Later, you’ll need to download the app. You can book directly in the app from its directory of providers like:

You can book flights, lodging, and experiences through FNPL’s directory of partners. Fly Now Pay Later allows you to borrow between $100 to $3,000 to cover these expenses.

When you check out, FNPL asks for your financial information to do a hard credit check. Depending on your credit history, FNPL will offer an APR between 9.99% and 29.99%. Payment plans range from two to 12 months.

It typically only takes a few minutes to apply for Fly Now Pay Later. You don’t need to plan for it because approval happens digitally in seconds.

If you accept its terms, FNPL provides a single-use virtual card to pay for your booking at checkout. It works just like a typical credit or debit card, except whatever you spend adds to your FNPL loan balance.

After booking your trip, Fly Now Pay Later starts charging you interest on your due date, which is usually the next month. If you follow its payment schedule, you’ll pay a monthly installment, plus interest, to reduce the cost of your vacation over time. 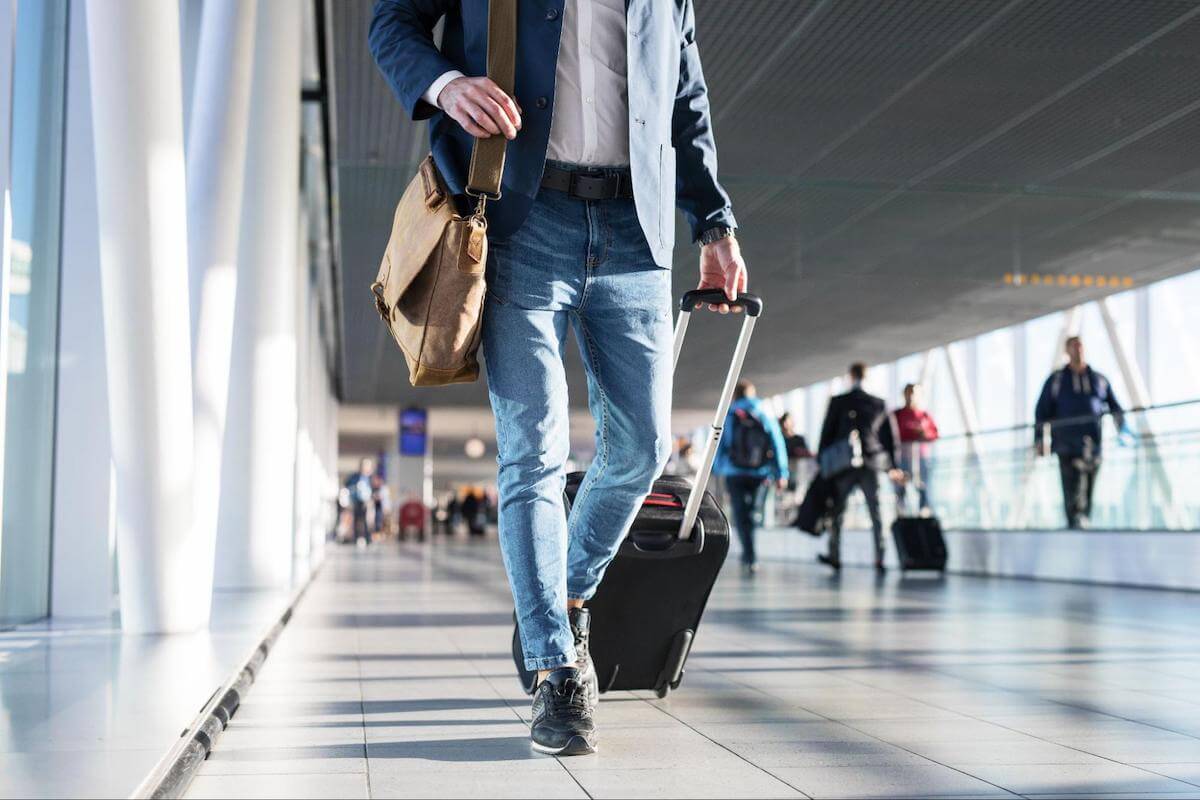 If you’re itching to book a getaway, Fly Now Pay Later might be a tempting offer, but what are others saying about the service? Some experts express caution while consumers have mixed experiences.

One personal finance expert, Andrew Hagger of Moneycomms, understands the allure of using a buy now pay later service for flights and vacations. However, he said he’d “be wary of using these companies.”

In addition, consumer expert Clark Howard said, “The reason it does so well … is that it gives you the perception that you can afford it … People want the green light to spend money when they know they shouldn’t.”

In a review on Trustpilot, Kay complained about the company’s poor service, noting that FNPL doesn’t have a customer support phone number and wasn’t responding to emails. Additional customer service complaints were found on the company’s Facebook page, where they have a two-star (out of five) rating.

However, a review by Jeanine praised the company’s customer service. She wrote, “Amazing service! I will recommend this company to all of my friends!!”

Another complaint that surfaced in some reviews was the inability to book their travel despite being charged a deposit. For example, Consuelo Lechuga on Trustpilot said, “I was charged a $300 deposit, and when I went to try to book my flight, it said my pay later card was declined. I went on the app and [it’s] showing that a payment for $581.23 was approved when nothing was booked.”

Similarly, Aura on Reviews.io said, “Be careful with them. I tried to book a flight and it declined twice but then they took $300 from me,” and Carol Fuchs said, “They have over $300 of my money and I have no tickets. They credited me back $30.”

But again, others reported using the service without issues. Ileana T. left this positive review on Trustpilot, “Easy steps, fast and good rates. Great tool when traveling!” On Reviews.io, Nicola V. wrote, “Straightforward and simple to use and allowed me to book my holiday easily without money stress, so thank you!”

As with most things, buy now pay later programs have both pros and cons. Let’s take a look at the benefits of using Fly Now Pay Later for travel.

Spread out your vacation expenses

Installments help travelers afford the trip of their dreams. Fly Now Pay Later spreads out the burden of travel costs into smaller payments, which are often more manageable than a lump sum at the time of booking.

Choose from a variety of providers

FNPL partners with a variety of travel agencies, airlines and hotels in their booking portal. You can find much more than flights in the app, letting you plan and finance an entire vacation in one place.

Apply for financing in minutes

Fly Now Pay Later allows you to use your loan almost immediately. Since everything happens digitally, it’s possible to see what rate you qualify for in just a few minutes.

Qualify for a potentially lower APR than a credit card

Fly Now Pay Later offers APRs ranging from 9.99% to 29.99%. The national average credit card APR is 20.82%, so if you qualify for an FNPL loan for less than that, you could enjoy lower interest rates than if you paid for a vacation with a credit card.

However, Fly Now Pay Later can’t guarantee rates. The APR they offer will depend on your credit history, the amount financed and the amount of time until your trip. 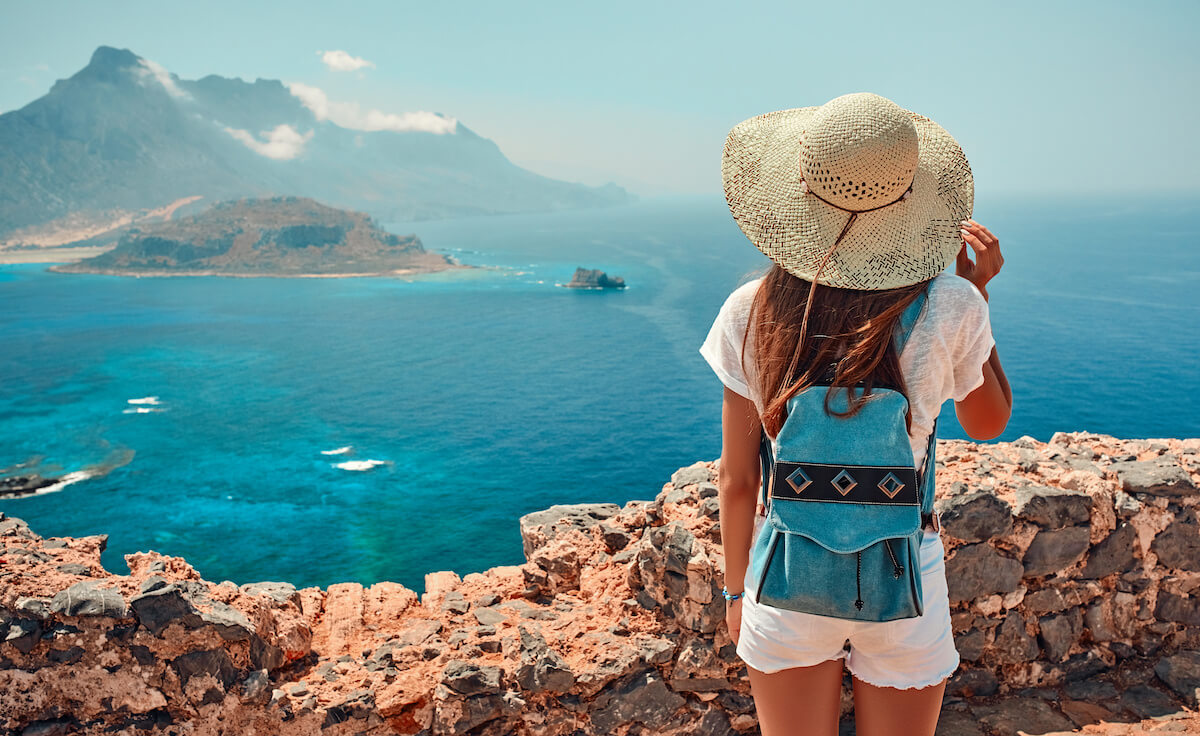 While Fly Now Pay Later can benefit travelers by spreading out the cost of a vacation, it isn’t without its risks. Here are some things to consider before you book.

Fly Now Pay Later isn’t “free” money. It’s a loan, which means the lender’s going to charge interest that will increase your total loan balance. How much you owe will depend on the APR FNPL gives you.

Because of interest, FNPL will always cost more than paying for a vacation without a point-of-sale loan. This means that you’re paying more for the trip but spreading it out over time so it’s less noticeable.

If you have trouble making payments on time, Fly Now Pay Later will charge a $12 late fee.

It’s a headache to cancel financed trips with Fly Now Pay Later. FNPL is a completely separate provider from your airline or travel company; you’ll need to work with all parties to cancel the trip. FNPL encourages travelers to reschedule trips instead for that reason.

To cancel, you’ll need to contact your booking provider, like Experian. While refunds you receive will be credited to your Fly Now Pay Later account, you still may be liable for any remaining balance. This means you very well could owe money on a vacation you never took.

If you have questions about your booking, contact FNPLcustomer support in the app or email them at support@flynowpaylater.com.

The fine print is tricky

Fly Now Pay Later’s exact terms are unclear until you go through the application process. You won’t know for sure what APR, payment terms or fees they’ll assign until you apply. Some agreements require you to pay transaction fees.

FNPL may require customers to make a down payment, depending on the amount borrowed and when they’re going on the trip. Since the purpose of the loan is to avoid a large payment, this might make FNLP unaffordable for some.

It could affect your credit score

Fly Now Pay Later does hard credit inquiries, which will show up on your credit report and could negatively affect your credit score.

While it’s unclear whether FNPL loans and payment history are reported to credit bureaus, currently, most buy now pay later providers don’t report to the bureaus. However, this is in the process of changing, so programs like FNPL may have more of an impact on your credit in the future.

Travelers can use Fly Now Pay Later to spread out the cost of a dream vacation or emergency trip. But before you book, read the reviews of experts and fellow customers to make an informed decision. By weighing the benefits and risks, you can determine whether Fly Now Pay Later is worth the hype and right for your financial situation.

Want to receive more helpful tips in your inbox? Subscribe to the Tally† newsletter to get financial insights delivered straight to your email.