Talking about money (online or in person) can improve your finances

Share your feelings, receive support and be held accountable.

Money is still a taboo topic for many people.

Trying to talk about money, even with friends, can quickly make things awkward. And yet talking about money, especially the emotional aspects of it, can also be a helpful way to improve your financial situation. Think about it:

All of these conversations and feelings can apply to money, too.

In fact, there are lots of ways to share your feelings with, receive support from and be held accountable by your peers. And you can even do it with strangers! Online money groups and social media communities are equally capable of playing a vital role in your financial life.

Let’s take a peek inside some of these groups and learn about the people who have formed real-life friendships, simply by talking about money.

Joel Larsgaard had been working in the money media space for a decade when he started chatting with Matt Altmix, a wedding photographer. The two hit it off and quickly became friends.

Most of the time, Joel says, it takes people awhile to ask him questions about personal finance. Usually, it happens once they learn what he does for a living.

Not Matt — they started talking about money right away. Over time, their friendship grew stronger, and so did their money conversations.

“We were initially comfortable talking about money-related issues, but it took awhile for us to be able to open up about our personal money histories and specifics on how we save and spend,” Joel says. 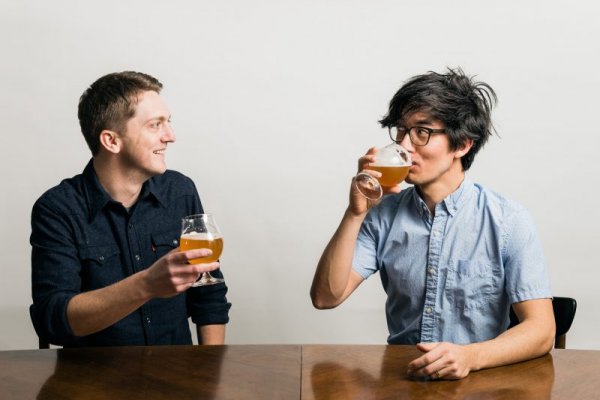 Joel Larsgaard (left) and Matt Altmix host the podcast "How to Money."

They challenged each other a lot, like on previously held assumptions about how much money they’re capable of saving. Joel says there was also a healthy level of friendly competition that motivated them to become better savers and investors. And both of them benefitted from the discussions.

Joel says was never a schedule or agenda between him and Matt, and it wasn’t always about money, either. They also bonded over parenting and soccer, and the conversations typically happened over a beer at each other’s homes or at a local brewery.

“You don't necessarily have to have a set time and place to have money conversations,” he says. “Ultimately, you just need a willing conversation partner who has a bit of curiosity and the desire to handle their personal finances better.”

Joel and Matt eventually started a podcast. They realized how much their chats had improved their lives, so they launched "How to Money" as a natural continuation of the conversations they’d have over a pint.

“At first, we really just wanted a place where we could talk about the money lessons we’ve learned along the way,” Joel says. “But as listeners found the podcast, we realized that we really needed and valued their input.”

“Bad money habits thrive in the dark. Starting the conversation doesn’t require to share specific details right away, you just have to be OK getting a little vulnerable.” — Joel Larsgaard, co-host of the "How to Money" podcast

These days, the show is more reflective of broader money concerns, though the hosts still weave their personal experiences into the mix. They’ve released more than 100 episodes and now help others by answering their questions.

The format may have changed, but it’s still all about being supportive and forging real relationships. Joel puts is best:

“What's better than getting to create something with your best friend?”

Facebook may not seem like a place you’d expect to have vulnerable conversations about money, but there are many people who have done so successfully.

Sarah Von Bargen, founder of Yes and Yes, has a Facebook group called Money & Happy. Members can freely ask questions about money without feeling like they’re judged, and most people comment with helpful suggestions and links to resources.

For example, one member posted a question about resources and websites for discount pet medications. Other members in the group responded with multiple sites, coupon codes and their preferred brick-and-mortar chains. 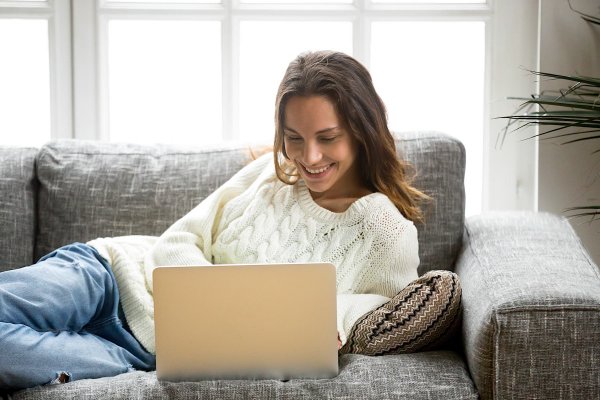 "Talking about money in online groups is a way to connect with people who share similar interests with you. It's a safe space where you can help yourself, while also helping others."

There were also several posts in which members congratulated each other for not making impulse purchases on Black Friday and for finding good deals on essential items they were planning to buy, with or without a discount.

Sarah believes that talking about money is a gift to everyone around you. And the more you can help others open up, the better. She created her Facebook group four years ago to help others who may not have a safe space in their own lives to chat about finances.

“I wanted to create a safe, free, non-judgmental space for people to talk about money in real-time,” she says. “I want people to be able to ask questions, seek advice and share accomplishments.”

To ensure the group remains positive and productive, Sarah makes sure to vet potential members before they join. Prior to being approved, you must promise not to pitch MLM products, find financial advising clients or sell anything in general.

Money & Happy members are very active in the group, helping to keep it as supportive as possible by being quick to report inappropriate posts. Sarah says members have told her they’ve paid off huge amounts of debt and other accomplishments since joining the group, including building up enough savings to leave unhealthy jobs and relationships.

How to find your own money support group

Friends like Joel and Matt are great to have. If there’s someone in your life who wants to talk about money, take the lead and initiate the conversation. And if you’re not sure who the right person for the job is, look for Facebook groups and other online communities where you can chat openly about money.

To start, ask to join a few and read the group description to see if it’s a good fit for you. Make sure you’re clear on what you hope to get out of the group:

It’s OK to be picky. If a group doesn’t align with your wants or needs, keep searching and remember that your money support group should help you achieve a goal: feeling better, more accountability, tough love, unwavering support, all of the above or none of it!

Now, before you dive into conversations, browse through past posts to get a feel for how the group works and who the members are. Look through the comments to see whether people respond in a way that’s supportive. You can also how often moderators post to the group to facilitate conversations and if there are rules that all members need to follow.

And once you’re in a place where you feel ready to share and initiate a conversation, Joel, Matt and Sarah all share the same advice: just start.

Once you get the ball rolling, you’ll start to feel more comfortable being open. Hopefully, a supportive and nurturing environment will help you keep motivated. And who knows, you may even form some close friendships.

“Bad money habits thrive in the dark,” Larsgaard says. “Starting the conversation doesn’t require to share specific details right away, you just have to be OK getting a little vulnerable.”