Tally is the invisible coach in Michael Lewis’ new podcast, ‘Against the Rules’

Michael Lewis takes a closer look at this very idea at the outset of Season 2 of his podcast, “Against the Rules.” The celebrated author explores the rise of coaching in American life and how, though coaches were once confined to sports, we now have them for everything.

Professional athletes, actors, anyone with money — these are the people who get the most coaching. But what about everyday people, the ones who actually need it most?

In Episode 1, “The Invisible Coach,” Lewis dives into the world of personal finance and asks why nobody seems interested in coaching the tens of millions of Americans on the wrong end of consumer finance. Amid his search for an answer, Lewis meets Jason Brown, co-founder and CEO of Tally. The two discuss a credit card industry that wants you to fail and the ways a coach like Tally can help people overcome credit card debt.

The key, Lewis says, is to “stop thinking of finance as a business and start thinking about it as a competitive sport.”

From referees to coaches

In Season 1 of “Against the Rules,” we met Katie Hyland, a public school teacher in her late 30s with a husband and two children. At the time of the story, Katie was unjustly burdened with student loan debt that should’ve been forgiven through a federal program for public servants.

Her student loan servicer essentially tricked her to keep her in debt, Lewis concludes, and the governing body that was created to help people like Katie did nothing to help.

Season 1 was about referees — the different people and power structures that enforce the rules in our lives. Season 2 continues the idea and sets out to learn more about the coaches in our corners who help us navigate these rules.

The good news for Katie: Three months after the podcast debuted, listeners helped raise enough money to pay off her $50,000 in student loan debt.

“I thought that would be the end of the story,” Lewis says, “but there was a lot more to it.”

The financial stress of her student loans had caused Katie to start grinding her teeth at night, and she started losing her teeth. With dental bills piling up, Katie and her husband are now back in debt, only this time it’s to the credit card companies.

“I just want to be not scared to look at my bank account,” Katie says. “I don’t think I’ve looked at my bank account in years, to be honest. I know that's not healthy, but it just terrifies me. I’m not sure why.”

Richard Thaler, a Nobel Prize-winning economist and professor at University of Chicago Booth School of Business, says he’s tried to get somebody to create “The Good Bank.”

“It would warn you when you’re about to overdraw your credit card,” Thaler says, “rather than wait until the end of the day when you’ve swiped five times and they’ve charged you a $25 penalty for each swipe.”

“You can always make more money exploiting people’s irrationalities than you can by fixing them,” says Thaler.

Essentially, Thaler is angling for a bank that acts like a coach. The problem? Being a good coach would leave a lot of money on the table.

Angela Strange, general partner at venture capital firm Andreessen Horowitz and member of Tally’s Board of Directors, notes: “There were $34 billion in overdraft fees paid last year … and the people who get hit with overdraft fees get hit with them a lot.”

“You can always make more money exploiting people’s irrationalities than you can by fixing them.” — Richard Thaler, economist

In conversation with Thaler and Strange, Lewis recognizes the need for a money coach. Someone to help regular Americans manage their money and avoid the pitfalls that ensnare so many people. Because on top of the overdraft fees, there was more than $100 billion in late payment and interest charges last year, resulting in more than $1 trillion in credit card debt in the United States.

To truly appreciate Tally’s mission to help people become less stressed and better off financially,  Lewis goes all the way back to CEO Jason Brown’s childhood. Jason talks intimately about his homeschooling and upbringing alongside his mother, Christina.

Lewis shines a light on the early lessons that were instilled into Jason, and how those lessons — hard work, scarcity, decision-making — carried over into Tally. Even as a child, Jason was keenly aware of the fact that money was a source of constant stress for his mother.

“My money was in envelopes, and each envelope had a different designation,” Christina says. “And when the money was gone, it was gone.” 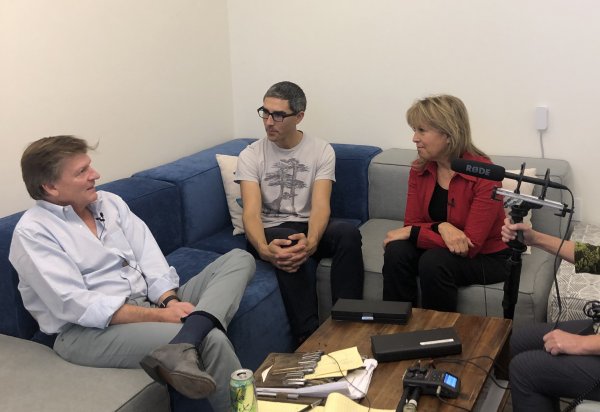 In college, Jason started painting houses during the summer and quickly turned the endeavor into a lucrative business with hundreds of employees. After that, he parlayed his business savvy and work ethic into creating new successful companies, like home computer repair or solar power energy at home.

“The companies all had one thing in common,” Lewis observes. “They made it easy for people to do things they really should do.”

“If she had a coach coming out of high school, I know she’d own a home right now properly,” Jason says. “She’d have a nice little nest egg, a retirement. She would be in a good spot. It was definitely possible, but she didn’t have that.”

So, Jason decided to create a company to help coach people like his mom on their finances. And he set his sights squarely on credit cards.

Lewis puts it succinctly: “If finance is a competitive sport, the credit card companies are undefeated.”

Jason’s passion for righting the wrongs of credit cards arises from how manipulative credit card companies have become.

“They’ve smashed together a payment tool and a loan into one. And they've designed the payment tool to exploit all these bugs in our brains,” Jason says. “You get points for spending. You get access to lounges. It comes in different colors and metals. You can even get your dog’s picture printed on the card. They create all these things that make you want to use it.”

All these distractions, Jason says, enable banks to substantially overcharge people on interest rates. On top of that, bank statements are actively encouraging people to only pay back the minimum payment, which keeps people in debt for longer.

Jason and Lewis agree: This is a textbook example of “bad coaching.” 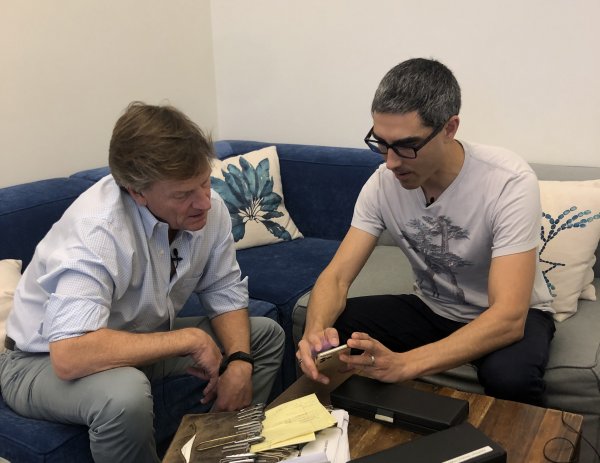 Tally was born out of the idea that people need a coach to help them navigate through the complicated world of credit cards. It also incorporates the concept of “nudging,” or making good behaviors easy. Coincidentally, Jason learned about nudging from his business school professor, Richard Thaler.

“We viewed nudges as an alternative to coaching,” Thaler says. “We could try to teach people to sign up for the 401(k) plan, where there’s a company match and turning it down is free money and stupid. Or we can just automatically enroll them. And we knew the latter works really well and the former is like pulling teeth.”

Part of nudging is a response to the limits of coaching, explains Lewis. If it was possible to coach all these people on how not to get exploited by credit card companies, Tally would do it. But sometimes, it’s more effective to make things automatic, which is why Tally uses automation to pay all its users’ credit cards.

But still, a piece was missing from the Tally puzzle.

In founding Tally, Jason became enamored with the deeper emotional consequences of debt. He expected the most common emotion related to debt is regret, but found that the greatest emotion is anxiety.

“We found that two-thirds of individuals with [credit] card debt have medical levels of anxiety,” Jason says. “Meaning, you’re in a doctor’s office waiting for some important test results. The same kind of anxiety people feel there, that’s what people are feeling on a regular basis with their cards.”

Jason even notes that grinding your teeth in your sleep is really a common problem for people with credit card debt. So, Lewis introduced Katie Hyland to Tally, her new financial coach.

With Tally in their corner, Katie and her family are now paying far less in credit card interest every month and will save thousands of dollars in the process. They’re on track to be debt-free within a year and, best of all, Katie has someone new on her side, encouraging her best self.

“I feel confident,” she says. “I feel like, ‘Wow I can really start to do things.”