Two years ago, just the thought of money would send Olivia into a panic attack.

“I would feel so out of control so quickly,” she says.

Working as an art director in Chicago, Olivia found herself face to face with more than $20,000 in credit card debt. She was working hard to stick to her budget and make regular payments toward her balance, but she had too many cards to manage.

The debt was piling up, and the anxiety over her 8 credit cards was starting to become overwhelming. Then, Olivia took a leap of faith: She signed up for Tally.

She was admittedly skeptical.

“It felt too good to be true,” Olivia recalls. “How can this app give me a line of credit without ruining my credit?”

But she also felt like this was her best available option.

“I figured, ‘Why not? What’s the worst that could happen?’” she says.

Now 25, Olivia looks back at this seemingly small decision as a pivotal point in her life.

At first, Olivia says she was most impressed by the look and feel of Tally. The app helped her organize all of her credit cards (remember, there were a lot!) in one convenient place, and Tally was always there to encourage her along the way.

And because Tally was fun and easy to use, Olivia stopped feeling the enormous weight of her credit card debt.

“It was like a shelf to set my debt on,” she says.

Tally gave Olivia a revolving line of credit with a lower interest rate than her Capital One card, and she was able to pay off the entire balance on the card. Olivia still has $7,000 left to pay off on her credit cards, but she says she’s feeling more stable and comfortable with her finances.

“We’re firm believers in the debt avalanche method,” says Bethy Hardeman, Tally’s personal finance expert. “We help members pay off their debt by going after the balances with the highest interest rates first. This gets them out of debt faster and saves them money on interest in the long run.”

With Tally in her corner, Olivia started doing even more to improve her situation. She decided to turn in her car lease, which helped save her additional money. She also made significant changes in her spending habits and now looks for ways to cut costs whenever possible.

It’s not about how much money Olivia is spending, but rather how she’s spending it.

For Olivia, that means cutting out frivolous credit card purchases. She even uses amortization charts and spreadsheets to fully understand the impact of the interest she’s being charged every month. 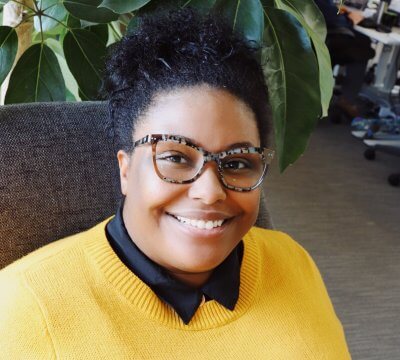 Path to a better future

Olivia is currently on track to pay off her debt in the next 18 months.

She’s improved her credit score by more than 20 points and plans to continue using Tally once she’s officially debt-free. Olivia says she’ll keep her credit cards set to Tally Pays so she doesn’t have to worry about making payments or dealing with late fees.

“I’m just trying to focus on living through my debit cards, rather than my credit cards, and that’s been an adjustment in itself,” she says.

Olivia is also working on purchasing a condo. She says her debt-to-income ratio is still too high to qualify for grants, but that buying will be more affordable than her current rental situation. Plus, she’s looking forward to taking a trip or two and maybe treating herself to some new clothes.

“I feel like I’ll finally be able to live a little, instead of paycheck to paycheck,” Olivia says.