If you’re dealing with credit card debt, every little thing can remind you about money.

That’s what it was like for Rachel. She was living in Houston, Texas, with a comfortable IT job when her debt started to become a problem. Rachel remembers feeling overwhelmed by her credit cards and blindsided by how quickly it took over her life.

“It felt like I had no control of my own life,” she recalls. “Everything was slipping through my fingers.”

Reflecting on her past struggles, Rachel emphasizes how she found Tally at a crucial point of her life. And how Tally helped her feel more confident about her money and her future.

“At best, people in my generation feel overwhelmed about finances,” she says. “And at worst, we’re entirely lost.

“We’re so worried about ‘right now’ that we’re never able to save for the future,” Rachel adds. “Tally helped me change my mindset to think about the future and plan for it. That gave me the confidence to really take control, and it really made my life so much better.”

The first card, but not the last

Rachel remembers her first experiences with a credit card: Bank reps on her college campus, offering free T-shirts in exchange for signatures.

“You get roped into this fantasy that you can just take your plastic everywhere with you,” she says. “This was before a lot of the reform around fair lending, and it was definitely predatory.”

Like so many others, Rachel got a credit card simply because she could.

“I looked at my credit card as a ‘get out of jail free’ card,” she says. “If I really needed something, I could just put it on my card. Over time, the small things add up, and the size of purchases slowly grow.”

Rachel racked up some debt on her card but was able to pay if off. Once she cleared her balance, she started to get accepted for more credit cards. The cycle started again and the interest started to compound.

“I wasn’t budgeting my money well,” she remembers. “I didn’t have a good idea of where my money was going every week.”

Rachel was dealing with about $2,000 in credit card debt when she hit a rough patch. Family hardships led her toward doing things with her money that she wouldn’t have otherwise, like spending more and picking up bills so others didn’t have to worry.

“All of these things started happening at once,” Rachel says. “I remember thinking, ‘Screw it. I have the credit. I’ll charge it now and pay it off later.’ The problem is that once that snowball starts going, it gets bigger and bigger. And if you don't manage your money and pay back what you need to, when you need to, it only gets worse.”

Bethy Hardeman, Tally’s personal finance expert, is all-too-familiar with this approach to credit card spending and has seen how it can backfire.

“Credit cards are convenient and a valuable tool in certain situations,” Hardeman says. “But if you keep swiping and deferring payments, it eventually catches up with you. And the worst part is that the people who get saddled with these massive balances are often the people who need help the most.”

Rachel’s $2,000 in credit card debt eventually ballooned to $20,000 at its peak, and she noticed how her spending started to affect the way she felt.

“I started to equate spending money with feeling good. My credit scores started to drop, and I realized I needed to do better and be a better steward of my money,” Rachel says. “But when you’re at that point, it becomes overwhelming, trying to keep track of due dates, wondering which card to pay off first. I just couldn’t do it on my own.”

Stability during a time of need

As things were worsening, Rachel learned about Tally — and that’s when she started to turn a new leaf. Rachel used her Tally line of credit to pay down her high-interest balances and saw immediate relief.

“Instead of trying to figure out how to make four payments, all I needed to do was make one to Tally,” she says. “I know how much it’s going to be every month. It’s consistent and reliable, and then I can plan the rest of the month around it.”

Within just a few quick months, Rachel got her confidence back. She was even able to make extra payments toward her debt, meaning she was paying more than the minimum.

“Before Tally, I was struggling with late payments because I didn't always have enough money to cover my minimums,” she says. “When it’s spread across multiple cards, you don’t really think about the cumulative balance.”

Using Tally to make on-time payments and pay down her balances faster, Rachel says she saw a 50-point increase in her credit score in just 6 months. She has about $2,000 remaining in credit card debt and is steadily paying it down. 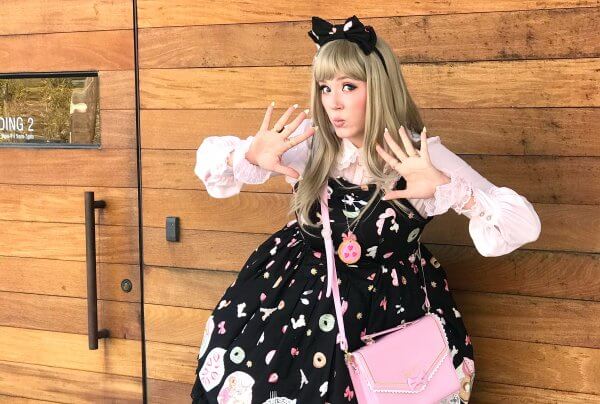 “It’s not uncommon for Tally members to see their credit scores improve,” Hardeman says. “Steady, on-time payments can do wonders for your credit profile.”

“I feel in control because I know exactly what's happening every month,” she says. “I don't have to stare at the calendar and wonder what bills I have each week. And that made me feel better about myself.

These days, Rachel is still using her credit cards and says she’s trying to get better about immediately paying off purchases whenever possible.

“That’s what’s great about Tally. It automatically pays down the cards with the highest interest, so I’m not paying more than I need to,” she says. “Saving a little bit at a time let me double my credit card payments.”

Now 30, Rachel went back to school last year to complete her bachelor's degree and is on track to graduate in July. She’s recently engaged and is now saving for her wedding.

“I was able to use some of the money that would be paying toward credit cards to increase my wedding budget,” Rachel says. “I was able to afford a nicer venue and hire a wedding planner, so my dream wedding is becoming a reality!”

And with her reduced debt, Rachel and her fiancee were able to take a trip to Japan — something she always wanted to do — and have planned a few more vacations for this year.

“We could’ve never done it without Tally,” she says. “That let me save money and have some fun. Tally really changed my life.”