Jan Chong joined the ranks at Tally last month as our first Vice President of Engineering. Prior to Tally, she spent nearly a decade at Twitter, where she was a longtime senior executive leading a significant portion of the company’s consumer engineering team, which was comprised of more than 300 people.

Boasting some major credentials, Jan brings to Tally an impressive track record of recruiting and scaling engineering teams and a personal passion for creating and competing in large-scale puzzle competitions. A Maryland native, Jan works out of Tally’s office in San Francisco, where she lives in the West Portal neighborhood with her husband and two daughters.

I sat down with Jan to find out more about life before Tally, her thoughts on building successful teams and what’s in store for the future.

When did you first show an interest in computers and technology?

I always liked science and math. My dad is an electrical engineer and he had firm opinions about how his kids should learn tech. When I was 8, I had to type a different BASIC program into our computer every day and run it before I could go outside and play. I think that armed me with this familiarity with code and computer programming.

I’ve always seen computers and computing systems as a tool and a place to be creative. I went to a liberal arts high school and never viewed English and Computer Science being so far afield. I always thought of both as a fundamental act of creation. With a sonnet, for example, there are constraints on the form. The goal is to express something through word choice that has meaning to other people. With a computer program, it’s the same thing. There are words that have meaning, in terms of what they’ll make the computer do, and the goal is to have the computer do it within those constraints.

"I’ve always seen computers and computing systems as a tool and a place to be creative."

Other people might come up with more elegant ways to do that. And when they do, I think, “Wow, that’s brilliant how you used this data structure!” I get that same sense when I read a really beautiful work of literature: “I use English every day, and yet you managed to take the same set of raw ingredients and make something magical!” To me, I feel the same spirit and emotions for both. 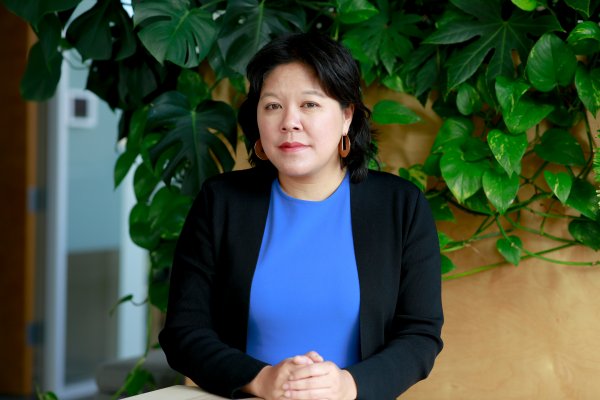 How do your degrees from Stanford, including a doctorate in Management Science and Engineering, come to life at work?

I’m really interested in the human side of software development and finding new ways to connect with teams. These days, it’s rare that a single person is working alone to build these complex systems. It usually takes a lot of people, who know a lot of things. That human side — how people make decisions and work together — determines so much about what goes right or wrong in a project.

I’m also interested in the idea of interruptions. We often talk about “flow” because engineers are constructing these models in their heads and spending their time extremely focused in silent spaces. But why is that? This is a fundamentally social job that requires regular communication to get things done. There’s a contradiction in that, and I’ve given a lot of thought to how we can create routines that allow for both of these things — alone time and collaboration — to coexist.

Do you see an opportunity at Tally to carry on the mentorship programs and peer-coaching forums you implemented at Twitter?

Twitter had extensive offerings for these things, and I was inspired to see how I could expand on their ideas. I’m proud that I was able to create a space to bring together female engineering managers. When I think about inclusion, especially with underrepresented groups, so much of what makes me want to come to work is feeling like another human at that company cares enough to spend time helping you when they don't have to.

In terms of bringing this to Tally, I think it’s a lot like developing a product. There’s probably a similar need within Tally, but Tally has different people, different norms, a different culture and a different size. The solution we create to address that need needs to take into account all of those aspects. We can't just port over what worked in one place to another.

"... so much of what makes me want to come to work is feeling like another human at that company cares enough to spend time helping you when they don't have to."

At Twitter, I was trying to build a space where, if you did not look like the majority of the people you interacted with every single day, it was still possible to make connections and feel emotionally safe. Having that secure foundation is really important to me. We already have a culture of inclusion here at Tally, and it’s far and above what I would expect at most startups in this space. What I want to do is build upon it and make sure, especially as we scale, that we have those same planks in place at every step.

What went into your decision to join Tally?

There are so many different ways you can spend your life at work. Personally, I want to put my time toward something that leaves the world better than it was before. I think that's why Tally’s mission of making people less stressed and better off financially really resonated with me and stood out from the crowd. It really gets to the heart of what makes personal finance so painful.

A lot of companies out there are enabling things and making things easier to do — and in a certain sense, that’s what Tally does — but Tally’s mission is about reducing the stress that makes people's lives empirically worse. It’s not just making it easier for people to manage their money. Tally is actually improving their mental health through this technology, while also marrying that with a really strong sense of building a sustainable business. That was very attractive to me. 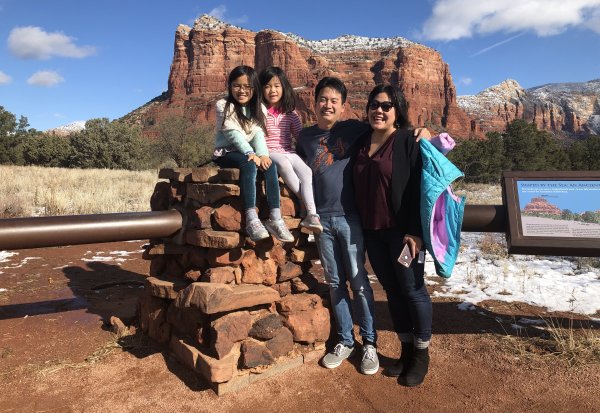 How would you describe your approach to recruiting and scaling Tally’s Engineering Team?

When it comes to hiring, I believe in separating qualifications that are ceremonial from what’s actually needed to be effective. Technology is a space where we expect to relearn the tooling and the languages every five years. That’s what brings us to this field: getting to learn and relearn important skills. But if that relearning is part of the process, why do we need candidates to come in the door knowing certain things? Maybe they can learn it on the job. Then, it becomes a question of how fast we can get someone up to speed.

"I believe in separating qualifications that are ceremonial from what’s actually needed to be effective."

When we’re choosing to bring people in the door, we think really carefully about whether it matters that they already know a certain language or are familiar with a specific tool. Is it something we can teach them really well here? Sometimes, it does matter, and that's perfectly fine. But it’s often not as critical as you’d think. And when we reduce that barrier, we’re opening ourselves to a much larger population of people. In these cases, what we’re really selecting for is learning, the ability to pick things up really fast, which is a more flexible skill anyway. At a growing company like Tally, we need people to do all sorts of things, and having people who can pick things up quickly is really valuable to us.

What do you look for in a potential candidate?

I like people who naturally fix problems outside of their space or job description. The ones who are both highly motivated and who aren’t content to just stay in their lane. Those people make the space around them better. They may have their primary job, but when they notice other things not working around them — even though it’s not their “responsibility” — they go out of their way to fix it. That’s one less problem. And the more people we can hire like that, the more stuff gets done.

What motivates you on a daily basis?

When I see someone with a lot of potential and I can help build a space that unlocks it. That motivates me to get them the pieces they need and put them in a position to succeed. I also love being part of a collaborative team where not only is everyone doing their job, but we’re all doing a little bit of each other’s job. It doesn't matter what your function, title or level is — we’re going to go back and forth and work together. Everyone gets to bring what they can to the table, and all our energy is focused on moving forward.

The rule of any great manager is to try to work yourself out of a job. My goal is to build a self-organizing team: part of that is who’s on the team, and part is how you define the roles. It's really about the patterns of communication, and the structure you put around that communication, to make it more effective. If my team understands how to operate as one and can handle day-to-day work, it allows me, as the leader, to identify the bigger challenges we need to tackle next. I'm always trying to create and be a part of those environments.

Want to learn more about Tally and how we’re leveraging technology to make people less stressed and better off financially? Check out our Careers page.