Interest Rates: Everything You Need to Know About Negative or Sub-Zero Rates

The Fed has been discussing sub-zero interest rates since spring 2020. Should it choose to move the Fed funds rate negative, you could be impacted as a consumer.

In the spring of 2020, the United States Federal Reserve Bank cut the Fed funds rate to nearly zero. This move was coronavirus-driven, coming about as a result of the pandemic financial crisis. This economic policy can have a significant impact on your personal finances.

In this article, we’ll cover what the Fed funds rate is. Then, we’ll explore sub-zero interest rates and the impact they have on the financial system. We’ll look at their impact from both a macro level — how they affect monetary policy — and a micro-level — how they affect a borrowers' line of credit. By the end of this article, you’ll have a much clearer understanding of how the Fed funds rate and a negative interest rate policy impact you.

What is the Fed Funds Rate?

Essentially, the federal funds rate is the rate at which commercial banks borrow and lend to one another. The FOMC meets eight times per year to determine the Fed funds rate.

A low interest rate significantly impacts consumers, as the move is meant to push cash into the financial system and encourage spending. Borrowers may find that mortgage and auto loan rates are lower than normal during times of a lower interest rate. Typically, banks offer their best customers what's known as a prime rate. The prime rate is roughly 3% higher than the Fed rate.

However, during this time, yields from checking and savings accounts are also low. Those who rely on collecting interest in, say, a high-yield savings account will find their earnings are much lower when the Fed rate is low. Savers are essentially disincentivized from maintaining liquidity since they earn next to nothing by keeping their money in the banking system. This could cause people to neglect their rainy day or emergency fund or put money in riskier assets like stocks.

Economists who oppose a 0% rate cut argue that it is associated with slow economic growth and deflation. Cutting the rate this low creates what's known as a zero lower bound, meaning that the only way a central bank can lower nominal interest rates even further is by going negative.

What are Sub-Zero Interest Rates?

A sub-zero interest rate, also known as a negative interest rate, occurs when the Fed drops its interest rate below 0%. The thought process is that should the Fed rate move into negative territory, it would stimulate economic activity.

This is often only the case if it's done as a short-term solution and in conjunction with policymakers. With a negative rate, banks only pay interest if they keep excess cash. This, in turn, incentivizes banks to lend money and keep cash moving through the financial system.

This monetary policy tool has come into use in recent history. For example, the following governments temporarily introduced negative interest rates in the wake of the 2008 financial crisis:

More recently, the European Central Bank (ECB) introduced negative rates in 2014. The Bank of Japan implemented sub-zero rates in 2016. Both maintained those rates through 2020.

In 2020, then President Donald Trump wanted the Fed to introduce sub-zero interest rates, though Fed Chairman Jerome Powell said at the time, "The committee's view on negative rates really has not changed. This is not something we're looking at. […] I know that there are fans of the policy, but for now, it's not something that we're considering."

Though the Fed may not be interested in moving to negative interest rates at this time, it may consider doing so in the future. Should the Fed enact a sub-zero interest rate, it's important to understand its impact on financial markets and your personal finances.

How Do Sub-Zero Interest Rates Impact the Financial System?

As mentioned, the goal of sub-zero interest rates is to keep cash moving through the financial system. A negative rate lowers the borrowing costs for both businesses and individual households.

However, sub-zero rates can also weaken a country's currency and drive up inflation, making basic goods more expensive. After the Fed cut to a 0% interest rate in 2020, the inflation in the United States in 2021 is the highest it's been in 13 years, with prices surging by 5%. 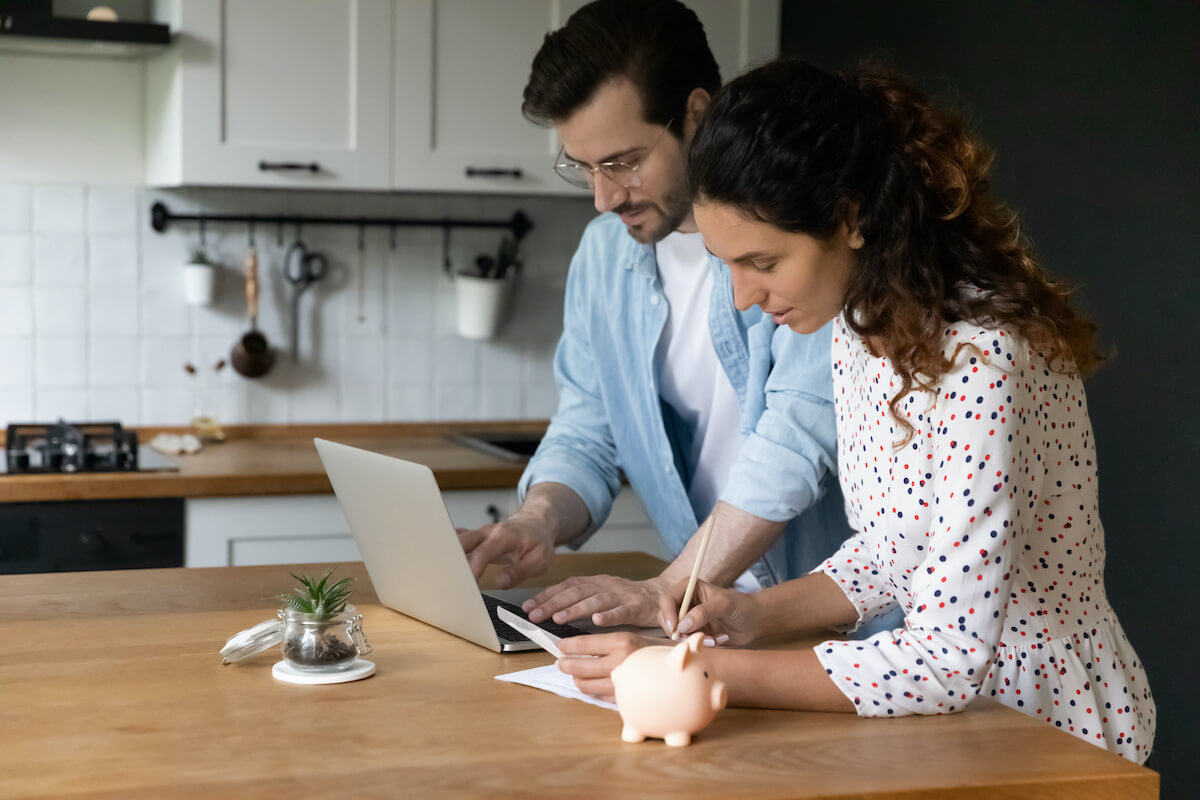 A sub-zero rate impacts the overall financial market, but perhaps the most significant impacts are felt by everyday consumers.

A positive is that mortgage and interest rates will likely fall even lower. Remember that lenders offer a prime rate around 3% higher than the Fed funds rate, meaning that mortgage rates could fall below 3% (but will still be above 0%).

However, lenders in recent months have tightened their standards, making credit less available. This means that, at the very least, you'd likely need a good credit score to secure funds.

For instance, if you have a credit card with a 15% APR and the Fed cuts rates by 0.5 percentage points, your credit card APR would fall to 14.5% (give or take, depending on the lender).

Lastly, the yields on checking, savings and money market funds will be minimal or non-existent. As consumers grow more concerned about the profitability of these accounts, they will likely move money into riskier assets, like the stock market.

While this may stimulate the economy, it could potentially harm the consumer. They could lose value in the investment, costing them money. It would also mean that their cash is not as liquid in case of an emergency.

Investing in the market can be a good long-term financial strategy. Still, it could be a problem if people lose sight of their immediate financial goals — like creating an emergency fund or paying off debt — and make decisions that don’t align with those goals.

What Can You Do to Protect Against Negative Interest Rates?

A great way to protect against negative interest rates is by being proactive. For instance, Tally can help you save money on interest payments by paying down your existing debt — starting with your highest interest balances first. When you pay down debt, you can worry less about the impact the Fed rate will have on your credit.

Another way to protect against sub-zero interest rates is by creating a backup financial plan. Research bonds that you could move your savings into. If you have savings, look into moving it into a fixed-rate account that won't change with the Fed rate.

Sub-Zero Rates Can Impact Your Finances 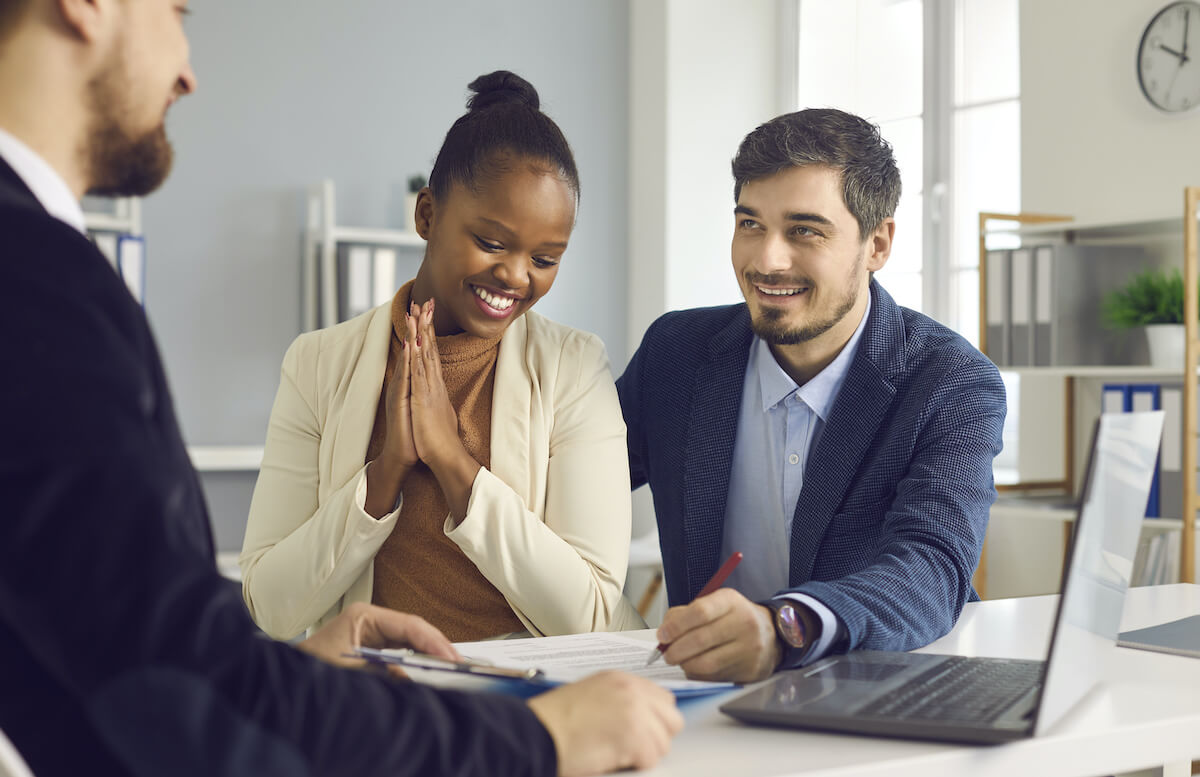 Should the Fed do the same, it would have wide-sweeping financial implications. Though banks would be incentivized and encouraged to move cash through the financial system, they may become much more particular about who they work with. Lenders may become much stricter about credit scores.

As a consumer, do some research to determine how sub-zero interest rates would impact you. Look up your APRs and decide whether they are variable or fixed. Decide what you will do with your money should interest rates go negative and consider using an app like Tally to pay down existing debt faster. Taking these steps now can help you act quickly if rates go negative.