What Happens During a Recession? Your Questions Answered

Understanding what happens to the economy during a recession can help you better prepare for when the next one arrives.

One of the most memorable recessions in recent United States history occurred between December 2007 and June 2009. It was even dubbed the “Great Recession.” There was also a brief recession between February 2020 and April 2020, fueled by the outbreak of COVID-19.

You may hear speculation and questions about when the next recession will occur. But just what happens during a recession?

We’ll answer that question below. We’ll also define what a recession is, how often they occur, what you can expect if one comes and the things you can do ahead of time to protect your personal finances.

What is a recession?

A recession, according to the National Bureau of Economic Research (NBER), is “a significant decline in economic activity that is spread across the economy and that lasts more than a few months.”

A more technical definition offered by Julius Shiskin in 1974, the then-Commissioner of the Bureau of Labor Statistics, is a two-quarter decline of real GNP, where GNP stands for gross national product. This definition is still used today, though economists instead may look at gross domestic product (GDP).

GDP and GNP are similar measures of economic output, though GNP is a bit outdated and GDP is used more commonly today.

What happens during a recession?

During a slowdown, the economy contracts. Economists have different ways of measuring this, though it is often seen as a decline in:

During a recession, you may see high prices as well. Inflation may rise, which could then prompt the Federal Reserve to tighten monetary policy and raise interest rates. The prices on other commodities, like oil, may rise as well.

These things in and of themselves do not cause a recession. But they may cause businesses and consumers to change their habits and approach to money, leading to further economic contraction.

For instance, if the stock market enters a bear market — stocks fall more than 20% off recent peaks — or widespread layoffs begin to occur, then a recession could potentially be on the horizon.

How often do recessions occur? 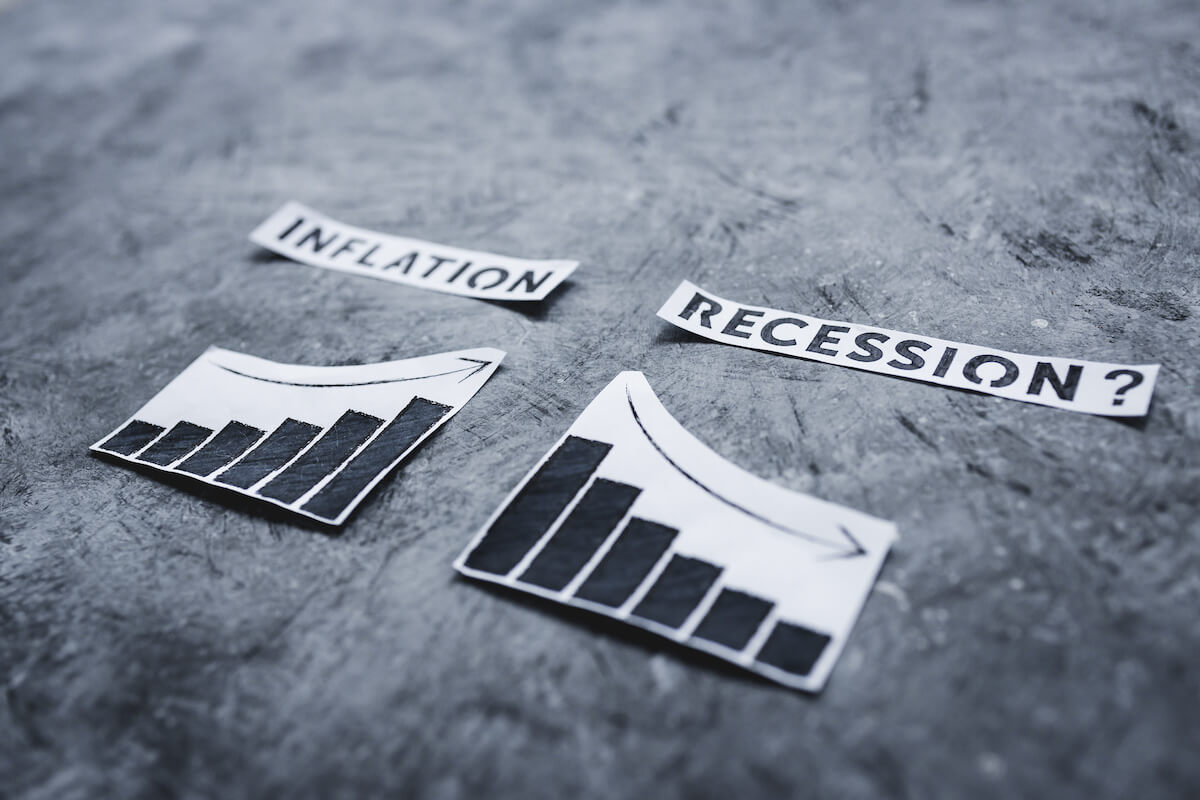 Between World War II and 2021, there have been 13 recessions in the United States. However, forecasting when a recession will occur and how long it will last is quite difficult.

Accurately predicting business cycles is quite challenging, and the decisions that policymakers make are often based on lagging indicators. For instance, in 2022, the Fed increased interest rates after inflation hit a record high.

Furthermore, recessions are often fueled by a single event. For instance, the Great Recession was caused by a collapse of the housing market. The brief recessionary downturn in 2020 was caused by the corona virus pandemic and the subsequent slowdown in economic activity.

What can American consumers expect during a recession?

As mentioned, recessions can be unpredictable. But having said that, there are a few things that are more likely to happen that may impact your daily life:

While it’s impossible to make your personal finances recession-proof, knowing what happens during a recession allows you to prepare and put yourself in a better financial position.

What can you do to prepare for a recession?

There’s no way of knowing for sure whether a recession is coming. However, there are some things you can do to prepare.

First and foremost, you should make sure that you have a budget in place. You’ll want to ensure that you understand where your money is going each month. If you’re putting a lot into discretionary income, you may want to reconsider doing so. Again, layoffs tend to occur during recessions, which would result in a loss of income.

Furthermore, you’ll want to start putting as much as possible into your emergency fund. Ideally, your emergency fund is a separate savings account that is not used for day-to-day expenses. Experts recommend that you have anywhere from three to six months’ worth of expenses saved in this account.

An emergency fund can decrease the likelihood of you having to take on debt to pay for expenses. As the Fed authorizes interest rate hikes, lending rates on things like credit cards, personal loans, and mortgages will increase as a result. If you need to use a credit card to pay for expenses during a recession, you may find it harder to pay off due to compounding interest.

Plus, missing credit card payments could do damage to your credit score, so you’ll want to avoid that if possible. If you’re currently carrying credit card debt, you may want to prioritize paying that off as well, perhaps even before you begin to put money into your emergency fund.

Lastly, you may want to talk to your financial advisor about your investment strategy. Your advisor will be able to evaluate your portfolio and potentially mitigate the risk of drastic losses. 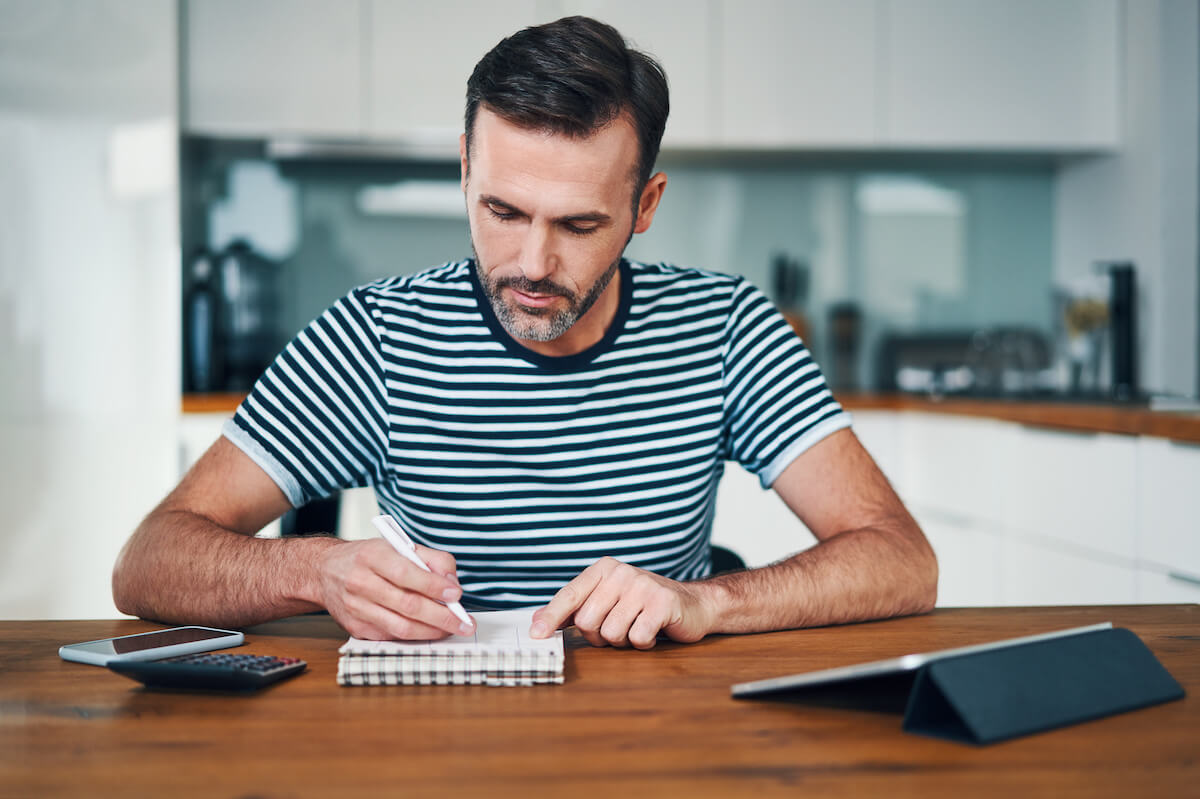 Recessions typically occur during periods of slow growth in the U.S. economy. While economists look at various factors, like GDP and the employment rate, it is often difficult to forecast the next recession. Additionally, forecasts are often based on lagging indicators.

When a recession does hit, it can mean job layoffs, a slowdown in the stock market and declining property values.

Knowing this, it may not be a bad idea to start preparing for a potential economic downturn. Everyone’s personal financial situation is different, so it’s important to talk with a trusted financial advisor to find out how a recession will impact your portfolio.

One way to improve your personal finances is by paying down your existing credit card debt. If you need help doing so, be sure to consider Tally†. Tally offers a credit card payoff app designed specifically to help you pay down your debt quickly and efficiently.