Women of Tally: Breaking the Bias By Learning Together

Celebrating and uplifting women at Tally isn’t limited to a single month. We do this year round, and much of the work is spearheaded by the Women of Tally employee resource group. Created by women for women, this group offers a safe community for Tallizens who identify as women, while providing resources and opportunities for them to grow personally and professionally.

Formed in 2018, Women of Tally was created in response to a growing interest in more women-specific professional development opportunities. Within its first year, the group created a series of panels and workshops that addressed the specific challenges that women face in the workplace, often throughout their careers. It also became a supportive space where women could advocate and support each other.

That effort continues today as Tally gets closer to gender parity. At the end of 2021, we reported that our employee base was split: 42% women and 58% men. This is a jump from a year ago when only 35% of Tallizens identified as women.

Women’s History month is an opportunity to host company-wide events throughout March to spark discussion, educate, build community, and have fun. Following this year’s theme #BreaktheBias, we held the following events: 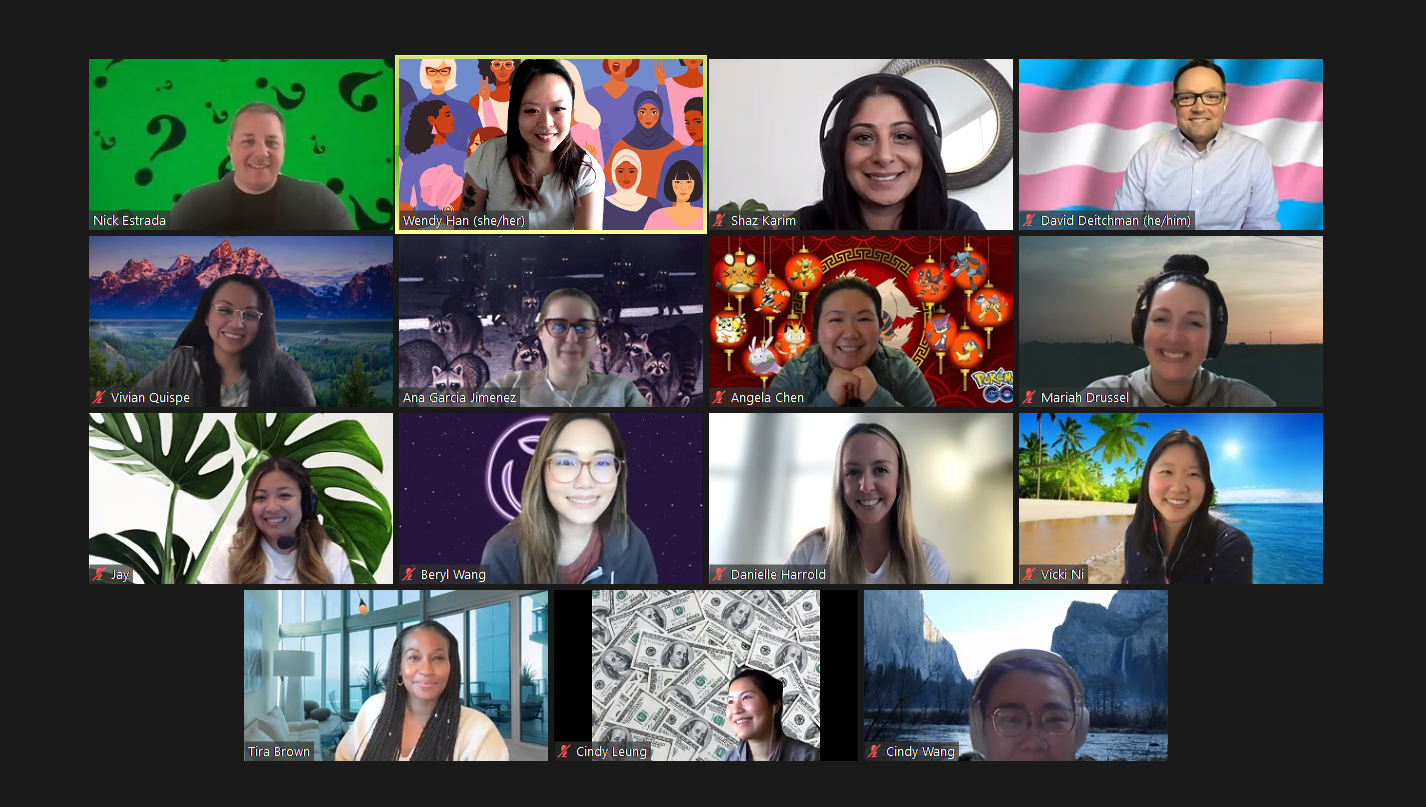 In a virtual fireside chat held on International Women’s Day, several women leaders at Tally shared insights from their professional journey and what breaking the bias meant to them.

Bias can cut both ways: it can help people and it can hurt people, says Ivy Arai Tabbara, Head of Legal at Tally. So one way that you can break the bias is to question practices and beliefs, especially when they marginalize a specific group of people or disproportionately give power to a specific group of people. Another way to break the bias is to celebrate and value your differences, such as by sharing each other’s stories.

For Noa Gutterman, Senior Director of Member Acquisition at Tally, representation matters when it comes to breaking the bias. It’s not just a buzzword. When she first started working in tech, there were not a lot of women leaders and there certainly were not a lot of queer women leaders. The lack of role models can make it difficult to learn how to become a leader or to even see leadership roles as a possibility.

Expanding on how the lack of representation has affected her as a Black woman, Mary Farrow, Director of Product, Platform at Tally, shared how she had to internalize at an early age that often people don’t assume based on her appearance that she attended Ivy League schools, got a Ph.D. and is working in tech in a technical role. The implication of this bias usually translates to being underleveled and underpaid at work or not getting considered for job interviews.

Through this discussion, there were many takeaways on how everyone can have a role in breaking the bias – whether that’s being aware of the biases you might have, and how you can break the bias for others. One example that was shared was how this can be as simple as telling your daughters or other young girls in your life that they are “smart” or “strong” versus calling them “pretty” as a compliment. But to have an even bigger impact, consider how you can be an advocate for others – who might not typically be considered – to have opportunities for visibility, career development, and beyond. This can be as simple as making sure someone gets invited to a meeting or has a chance to present at a meeting.

Creating opportunities, like this fireside chat, to share and learn from each other is one way Tally has continued to reinforce its culture of inclusion, diversity and equity.

Learning about Trans Women History together

Trans women are women. This isn’t a question for us, but we also recognize that many of us are not as familiar with the historical context behind womanhood and gender identity, and how these notions of membership have changed over time. At the close of Women’s History Month and ahead of International Transgender Day of Visibility, we invited noted trans speaker, organizer, and educator Elena Vera to give a talk on the past, present and future of trans women in history and how we can go further together.

Elena shared her knowledge and perspective as a member of many communities of care, and how the experience of trans people navigating social, medical, and political landscapes (among others) overlaps with the experience of many other groups, including disabled and immigrant communities. She drew a lot from her personal experience as a historian and community activist, as well as her professional experience as the former Executive Director of Trans Lifeline, one of the most prominent nonprofits helping trans people in the U.S. and Canada. Tallizens found the talk insightful, emotional, heavy, and so important to hear.

Women of Tally continues to encourage and empower Tallizens who identify as women, helping them succeed in goals they've set for themselves. Whether those goals are personal or professional, Women of Tally exists to support its members and to serve those who do not have the resources to improve their circumstances.