We honor women leaders who blazed new trails and shaped the financial industry for the better.

Women have made invaluable contributions to our country’s financial industry and continue to push it forward today. In honor of Women’s History Month, we'd like to take this opportunity to celebrate women who have impacted the industry in positive and innovative ways.

Let’s meet some of the female financial pioneers who've helped shape the industry and created opportunities for other women to not only work in finance, but also meet and exceed their own financial goals. 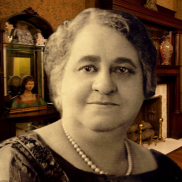 As the first Black woman to both found and lead a bank in the United States, it's safe to say that Maggie Walker is a historically significant woman worth celebrating. Alongside her contributions to the finance world, she also fought for civil rights in the late 19th and early 20th centuries.

Thanks to Walker’s efforts, the St. Luke Penny Savings Bank thrived and after two decades, the bank employed 50 people and served 50,000 members across 1,500 different chapters. Walker empowered other women who sought careers in finance by employing Black women in organizational roles.

Walker supported education and the power of equal opportunity for all and that idea of education included financial education.

We have a feeling Walker would be a big supporter of Women’s Equal Pay Day if she were alive today. We dive deeper into Walker’s rich history. 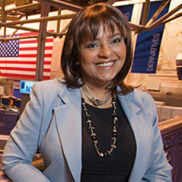 After graduating high school in 1971, Gail Pankey-Albert began working at the New York Stock Exchange (NYSE). Her family couldn’t afford to send her to college and she was set on altering the dynamic of her life. At the NYSE, Pankey-Albert held various roles ranging from punch card carrier to computer operator and institutional clerk. These roles were just the beginning of an illustrious career in the financial sector.

In 1981 Pankey-Albert became the first Black woman to hold a seat on the floor of the NYSE. She faced adversity on the floor during this time as other traders tried to sabotage her on the job. They cut her phone lines and filled the drawers of her desk with parmesan cheese. Despite these cruel interferences, she persevered, eventually launching her own successful institutional trading firm.

Three decades after starting her career at the NYSE, Pankey-Albert said goodbye to Wall Street to pursue a college degree. In 2010 she graduated with a bachelor’s degree in business administration from Thomas Edison University. The impressive achievements don’t stop there. She went on to earn a Ph.D. in business administration and international business from Northcentral University. 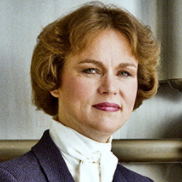 Horn graduated from Pomona College and earned a doctorate in economics from Johns Hopkins University in 1971 while working as a senior economist on the staff of the Board of Governors of the Federal Reserve System.

In this role, she worked on the supervision and regulation of bank holding companies. Eventually, Horn became an economist and the vice president of the First National Bank of Boston. Her career continued to grow and in 1978, she took on the role of treasurer of the Bell Telephone Company of Pennsylvania in Philadelphia — a position she held until becoming the president of the Federal Reserve Bank of Cleveland.

As president of the Federal Reserve Bank of Cleveland, Horn guided the bank through a savings and loan crisis by supporting an anti-inflationary monetary policy. 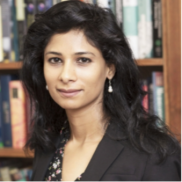 Gita Gopinath was the first Indian American woman chief economist of the International Monetary Fund. Gopinath was born in India and earned five gold medals for her undergraduate work at a highly ranked Indian college where she studied economics. Once she moved to the U.S, Gopinath earned an MA from the University of Washington and a Ph.D. from Princeton University.

Gopinath was appointed to this role in 2019 by Christine Lagarde and today ensures the stability of the international monetary system. In the role, she focuses on the exchange rates, international payments and macroeconomic and financial-sector issues that contribute to global financial stability. 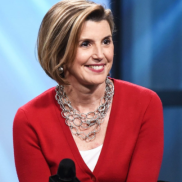 Sallie Krawcheck saw a gap in how women manage their money and stepped in to help close it.

What is this gap? Men invest more than women, helping them get ahead financially, especially when it comes to retirement savings.

Krawcheck saw an opportunity to help women close this investment gap by launching Ellevest in 2014, a digital-first, mission-driven investment platform for women.

Before she founded Ellevest, she worked on Wall Street as the CEO of Merrill Lynch, Smith Barney, US Trust, the Citi Private Bank, and Sanford C. Bernstein. Krawcheck also served as the Chief Financial Officer for Citigroup.

Today, Krawcheck is considered to be extremely influential in both the financial and business space, with recognitions from Inc. as a "Top Female Founder" and being named "The Last Honest Analyst" by Fortune magazine. Forbes even named her the seventh most powerful woman in the world.

If you've been reflecting upon your own personal-finance legacy, Tally† can help you secure your financial life and future. Tally is a credit card debt repayment tool offering a lower-interest line of credit that can help streamline your repayment process and get you out of credit card debt faster.

Read more about What Would Mom Do? 12 Money Tips From Financially Savvy Mothers

What Would Mom Do? 12 Money Tips From Financially Savvy Mothers

What Would Mom Do? 12 Money Tips From Financially Savvy Mothers